How fast things can change.   Just a few days ago I wrote of the optimism we had in getting David some successful treatment and how well he seemed to be responding to steroids.  And now... he's gone.  Just like that.  From his obituary:

Funeral services will be held at 2:00 PM on Friday, June 1, 2012 at the First United Methodist Church in Clayton, New Mexico with Eric Armstrong, pastor of the First Baptist Church in Des Moines, officiating. Burial will follow in the Grenville Cemetery by Hass Funeral Directors of Clayton.

David Allen Kimsey was born on April 10, 2001 in Raton, New Mexico to Bryan Allen Kimsey and Georgia (Zentner) Kimsey. His life was full of physical challenges starting with a double hernia as an infant. Shortly thereafter, he was identified with severe anemia which remained undiagnosed in spite of the best efforts of the University of New Mexico’s Children’s Hospital and Children’s Hospital Colorado. He started on a steroid program in December 2011 and seemed to be responding well to such treatment. Early in the morning of May 28, however, he complained of a severe headache and fell unconscious. A LifeGuard flight to Albuquerque was of no avail and he left us in the early evening.

In spite of his frail physical condition, David was full of life. He traveled by Amtrak with his father to Washington DC where they spent several days touring the Smithsonian museum. He was proficient and safe with both guns and bows, was a good mechanic, and could drive a T-head screw. He went camping, to bluegrass festivals and to an archery shoot. He loved listening to music, especially to fiddler Natalie MacMaster whom David saw in concert a few days before he was born and then 8 days before his passing. Two years ago, David got involved with 4H and loved it, especially when he graduated to building rockets which he did all by himself. When David set out to do something, he was determined to do his best. He was a very proficient reader, was amazingly adept with his beloved iPad and was well-known for engaging conversation. His last evening with his earthly family was spent playing games with his siblings and then playing music on his new drum set with his mother and father, a moment they will cherish forever.

David will be sorely missed by all who knew him. David seemed to touch the heart of every person he met. We can only thank God and consider ourselves blessed to have been a part of his life. We trust that David is safe in the hands of his Heavenly Father, perfectly healed of his infirmities.

I only now realize just how much I loved the kid and how big of a place in my heart he occupied.  When I look back over this blog, I realize that it really was about David.  There were some falcons here and there, ranch work at times, but in nearly every post was David.  David was not just my son, he was my great friend.  I will miss him.  Go with God, little man.  We love you. 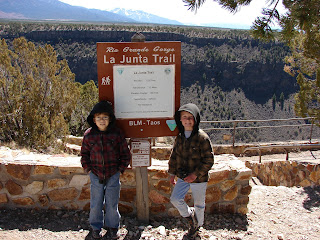 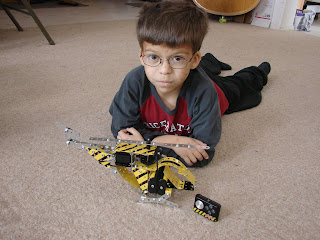 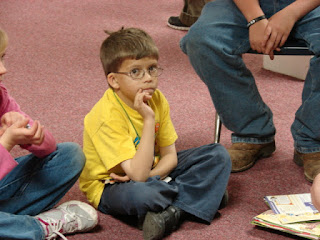 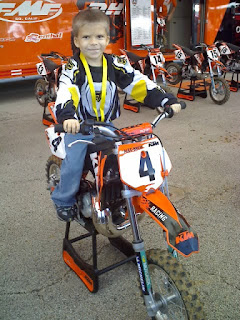 Addendum:  I wrote this blog entry the day David died.  A few days later, I wrote this one:
Blessed Be The Name of the Lord, in which I described some of the amazing events that happened prior to and after his passing.  It remains a post to which I have come back to many times for comfort and reassurance on dark days.

Email ThisBlogThis!Share to TwitterShare to FacebookShare to Pinterest
Labels: David

May's about done and gone and it's been a busy moth... er, I mean "month"... I really do.  Month, month, moth....whatever.  The moths from last month are mostly gone now but they had a good run of 2-3 weeks in which hundreds of them got into the house every night.  In May, we got our full load of cattle in and that took some time get them all settled in and various little problems fixed. It's rained a bit in May and it looks pretty decent out there.  The last 2 weeks have been dry, but we typically don't get rain until June anyway and I'm optimistic that our current dry spell will serve mostly to kill locoweed.  Rain will come.


We bought this truck new in '97 and for the first 10 years, I hated the thing.  It was rough and bouncy and just a very unpleasant thing to drive.  Then in '08, when my mother and I took over the ranch, one of the first things we bought was a flat-bed for the Ford.  I tell you what.... that _totally_ transformed this truck.  It's still rough and bouncy, but not quite so much.  The main thing, though, is that the truck is 100% more useful. No more climbing over the bed to get to stuff.   I can arrange my tools and supplies all around the bed and get to them, easily.  I can even load an ATV up the side of the truck while I have trailer on the back.  It has a stout bumper hitch and built-in gooseneck.  While putting the flat-bed itself on, I had trailer brakes installed and now, finally, we have a real working ranch truck.


I will say one good thing about this Ford- it's been very reliable.  It has 95,000 ranch road miles on it and the only issues I've had have been a failed water pump.  We replaced the front end steering stuff several years ago and I've done brakes once.  The driver's side door internals are loose and there's a crack developing under the "truck window".  That's it.  That's really pretty impressive for a truck that gets pounded around like this one.  The CEO asked if we were ready to replace the truck, but really, it's well suited for the job now, I know it, and it's reliable so I voted to keep it awhile longer.

Speaking of reliable vehicles, on the right here is a 1980 Toyota pickup that I got brand-new upon graduation from high school.  I drove it from 1980 to about 1988 when my mother took it to use as "storage" vehicle, as she was beginning work in Turkey and just needed something when she returned once a year or so.  I bought a 4WD 1980 Toyota then that had seen far better days and we also owned a Subaru Legacy that was our main driver.  This pickup sat in a barn for most of the next 10 years until we returned to the ranch.  At that time, I moved it out here.  We don't do much with it now except drive it to the mailbox, around the ranch, and that sort of thing.  It has 170,000 miles on it, the engine oil is still clear when I change it 2x a year, it starts great, and runs pretty good considering it's never had any major engine work.  It's surprisingly smooth and powerful.   Two years ago I bought a Suzuki Samurai, thinking that I'd use it for coyote hunting, hawking, and running around the ranch:

After sinking $1500 in suspension, exhaust, fuel pump, tires, and misc I finally came to the conclusion that the Toyota blew this thing away.  The main problem with the Suzuki was that it was just too narrow.  Our ranch roads are worn by decades of Ford F250's and the 'zuki just didn't fit in the ruts.  Consequently, I had to straddle the ruts and that was just ultra-rough.  The Toyota is wide enough to almost fit in the ruts and, being a long bed, is just inherently smoother. The Suzuki has a 1300 cc engine while the Toyota has a 2200 cc engine.  The Suzuki has NO torque; the Toyota will actually pull trailers.  The Suzuki was noisy and rattling; the Toyota is surprisingly quiet.  Then I did the math.  If I drove the Suzuki 5,000 miles/year, I'd save about $300 in gas.  Any repairs, of course, would eat into that savings and with the engine developing an oil leak, I just wasn't confident in the little truck.  So, with some regrets, I sold the Suzuki and went back to driving the Toyota.

The vehicle sitting next to the Toyota is a 1999 Suburban that I bought in 2003 as our family was starting to expand.  It had a 42,000 miles when I bought it and it now has 196,000 miles.  It has not been trouble free, though.  It's gone thru 2 fuel pumps ($800 each to replace), a head gasket repair (I fixed that- it took 3 days), and, finally, the transmission ($3500).  It's still cheaper than a new vehicle, though.  On the upside, it can handle our dirt roads, gets 18-19 mpg on the highway, has a ton of room, is comfortable to drive, and can pull a house.  Having done the transmission, I think we're going to keep driving it until it drops.  At worst, I can convert it to a hawking vehicle or something.  On the whole, we've driven this Suburban longer than any vehicle we've owned.

--------------
And now for David...David's been on steroids (prednisolone) and we've adjusted his dosage up and down to find the point at which his blood drops and rises.  We've been to Denver to investigate a bone marrow transplant.  We still don't have a solid diagnosis on his disease but the most recent development is that his and our blood has been sent to Italy to a world specialist on his suspected disease (congenital dyserythropoietic anemia, or CDA).  Because the steroids are keeping his blood up, the UNM docs wanted to try a transfusion to see if that would a) get his blood levels up even more, b) thereby reducing the size of his huge spleen.  We did that last Friday and when we checked his blood on Tues, his hemoglobin was up to an astonishing 11.2 g/dL.  Remember that it's normally 4.0 and the highest it's ever gotten with steroids is 9.0-ish.  We were really happy to see this increase and hope that it a) stays there, b) reduces the size of his spleen.

Here's an interesting story.  Early in the week we got news that the docs wanted to send our blood to Italy.  We talked about it.  That Weds in Bible study we were finishing up a multi-month study of Hebrews and the next to last verse says "Those from Italy greet you."  We liked that.

Well, that's it for this month.  See you in June.
Posted by Bryan Kimsey at 8:21 AM No comments: