Welcome (to my water problems) and Goodbye

I made the decision the other day to write one more thing and then end this blog.  I started it to chronicle ranch life and then it worked good to document mine and David's trip to Washington D.C.  It's been fun and I remember a lot of things while reading old blogs. The documentation of David's life is great and I'm glad I have that.  But seasons change and mine is changing. The ranch is up for sale and will likely soon be sold  Like it or not, a new phase is coming.

Given that, how appropriate was it that today I had the SAME water problem as I had in my first blog post?!  We woke up this morning to find no water.  After waiting for the sun to rise, we headed to "the hole"... the well house that's 1/2 mile from the house... and went in. After going back to the house twice for more tools and gear, I determined that I had a bad pressure switch!  Pretty sure the last time it was replaced was back in 2011 when I wrote my first post!  However, the switch replacement didn't solve the problem.  Pressure would build in the tank but drop as soon as the outgoing valve was opened.

After some sleuthing and running down the pipeline, I found the leak in the pens at the house. Not sure what happened, but it looks like maybe the spigot there blew off the line, leaving it wide open. There's a lake in the pens that'll have to dry before I can fix anything, but fortunately, I have a shut-off valve and so I shut off the pens and ta-da... we had water at the house again!!

Here are some views from "the hole" which I took in the dark with the lid shut while Derek ran to the house for some tools and gear.


War of the Weeds- epilogue

So... how did the War of the Weeds turn out, you ask?  The electric fence we put up in the East pasture was a smashing success.  In fact, it kept the cattle in a place that doesn't normally get grazed and we got enough rain during the summer that I never even moved them into the rest of the pasture.  So, thanks to the electric fence, I kept an entire pasture's worth of cattle in 1/3 of the area they're normally in, leaving 2/3 of the pasture completely ungrazed for the entire year!

In the West Cedar Creek, we double-stocked and left the East Cedar Creek- where the loco was _really_ bad completely ungrazed until 1 month before shipping. Our logic here was two-fold... 1) let the grass grow all summer, and b) even if the cattle did get on locoweed, it takes 6 weeks to get addicted and by that time, they'd be gone.  The strategy worked well and cattle weight gains were completely normal.

In the big Gallegos pasture, we didn't stock cattle until June. While we got a full allotment there, the short season meant 30% less income.

As it ended, the season was VERY tight, but I did survive thru 2018 w/out having to take a loan.  It was maybe the closest we've ever had to cut it, though.  By this time the decision had been made to sell the ranch and invest in other things. As of today, it looks like I will have one more grazing season while the ranch is on the market.  If everything goes the way I want it to go, the guy who's been leasing from us is the one who will end up buying it and I might actually get to stay here. However, there's many a slip twixt the cup and the lip and at this point, the water's only getting warm, so who knows what'll happen?  I know one thing... I'm "in charge" of almost nothing. The world just turns away and I just try to ride along.

Thanks for reading.  Adios. 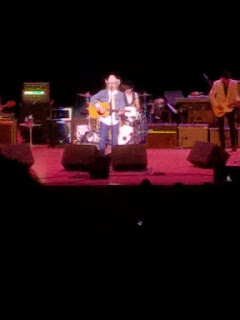 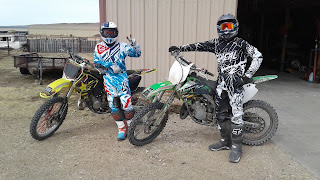 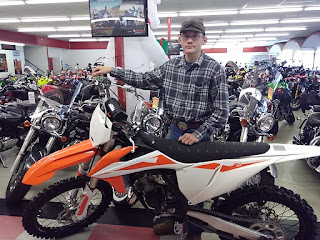 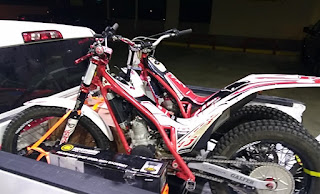 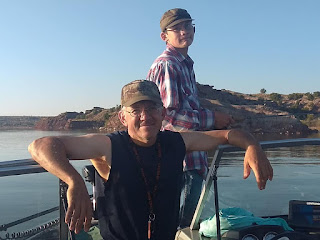 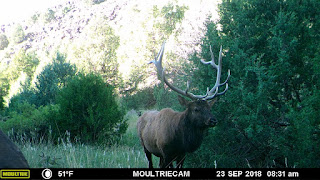 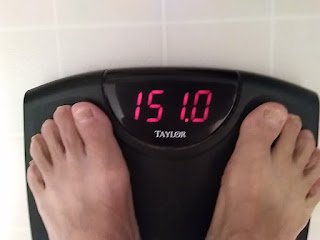 Posted by Bryan Kimsey at 8:43 PM No comments: